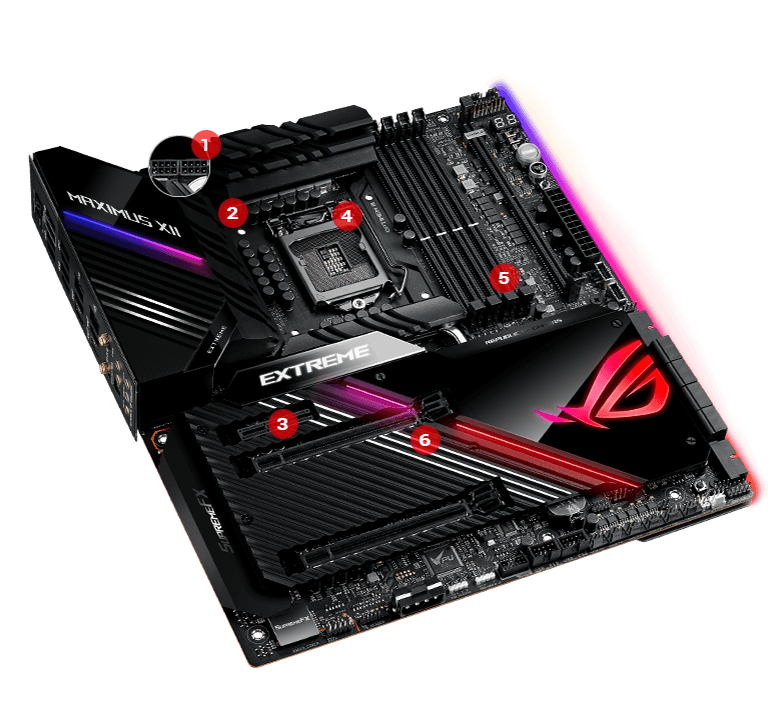 The Extreme Glacial appears to be Asus’ liquid-cooled variant of the Maximus Extreme. The Glacial features an EK monoblock that cools both the power delivery system and CPU, plus there’s liquid cooling for the chipset. It appears that one of the M.2 slots could also be liquid-cooled, but we can’t be sure.

If you’ve heard of the Extreme Glacial name before, it’s because there were rumors that a Maximus Z490 XII Glacial was in the works. A few sites, including Anandtech, reported that a Z490 Glacial was indeed coming, but Asus apparently dropped the board completely from its lineup. Hopefully, the Z590 Extreme Glacial variant is real and won’t succumb to the same fate.