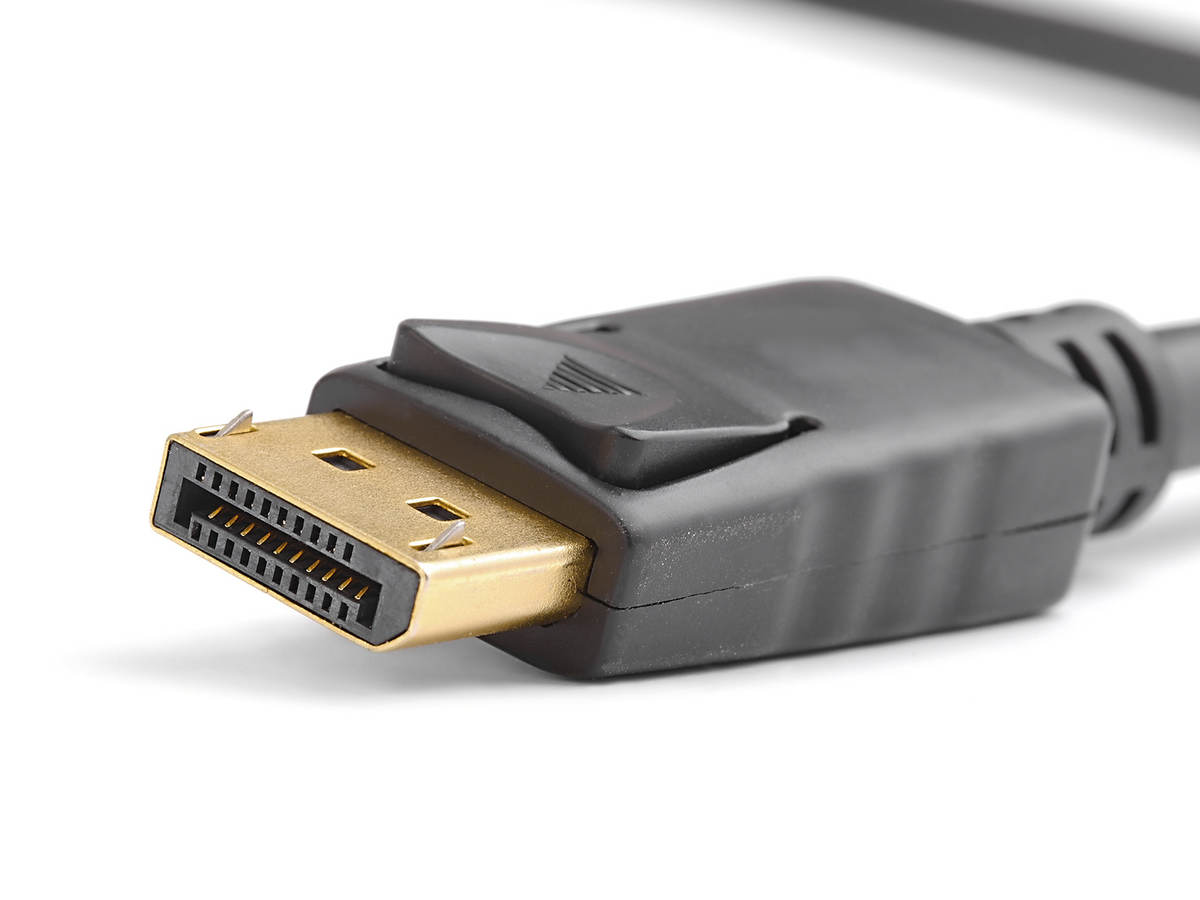 Currently, many of the best gaming monitors on offer feature DisplayPort 1.4a, but this tech has been available for three years now, and the market’s itching for an upgrade.  The DisplayPort 2.0 spec was announced in June, so when can gamers expect to see monitors and graphics cards supporting it?

It’s true that HDMI 2.1 is only just catching up to DisplayPort 1.4 with 4K and high refresh rates. But at CES 2021 this week, we saw numerous HDMI 2.1 monitors announced and nothing in the way of the next-generation of DisplayPort products.

DisplayPort 2.0 promises gains over DisplayPort 1.4a, especially where 4K is concerned. The downside to DisplayPort 1.4a is that to pull off high refresh rates at 4K, it needs to use a technique called  Display Stream Compression (DSC). Many monitors don’t support this though, and it’s expensive to implement. That’s why there haven’t been many 4K, 144 Hz monitors.

Why Do We Need DisplayPort 2.0 Again?

DSC works well and certainly better than chroma subsampling but is still subject to artifacts from time to time, though opinions about that seem to be divided. Still, consumers and professionals generally agree that it’s best to avoid compression if possible — even if it’s supposed to be visually unnoticeable.

That’s where DisplayPort 2.0 comes in. It more than triples the bandwidth to a mighty 80 Gbps and alleviates the need for DSC. That’s enough for up to 8K at 60 Hz  or 4K at 240 Hz without compression. With compression, 16K resolution 60 Hz HDR monitors are no longer out of reach.

For gamers, DisplayPort 2.0 means they can run two of their best 4K gaming monitors at 144 Hz over a single cable without the use of compression or one 4K 144 Hz screen alongside a pair of 1440p panels.

That being said, the best graphics cards currently not in stock at most retailers don’t have DisplayPort 2.0 hardware on them yet, meaning you’ll have to wait for yet another generation and hope DisplayPort 2.0 makes it onto those.

While we wouldn’t postpone a GPU purchase based on DisplayPort 2.0 alone, if you want your laptop to feed a big wall of monitors through a single cable, there might be a case to hold onto your pennies a little longer, especially with USB 4 packing DisplayPort 2.0 as Alt-mode — even if the bandwidth is limited to ‘only’ 40 Gbps there.