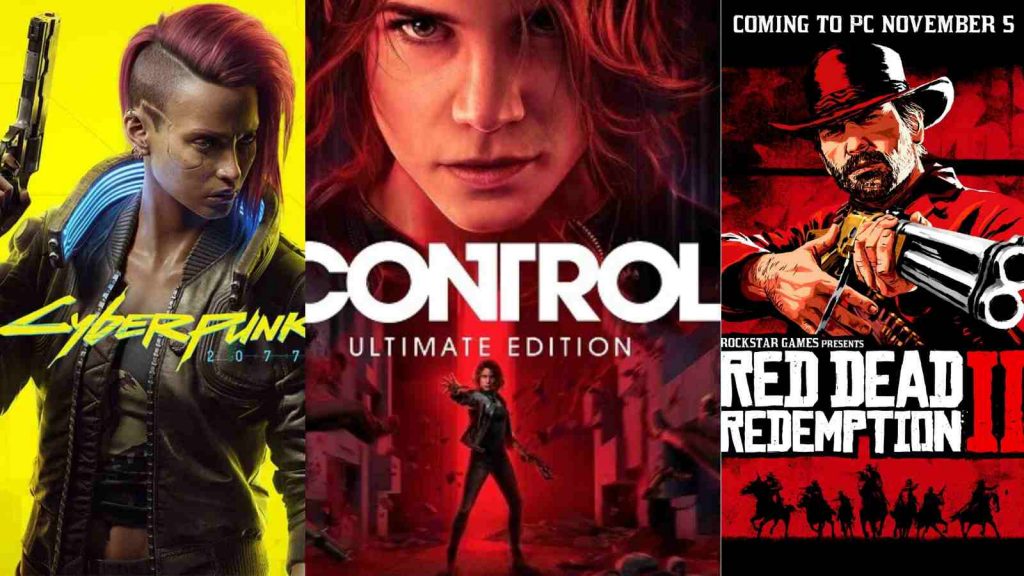 The 15 Most Graphically Demanding

As with any open-world type of game, Grand Theft Auto V has the unique issue of creating a myriad of complex systems that can’t bog down the game’s visual fidelity or performance. The developers have stated that the game can run all the way up to 4K resolution and even above on PC. Getting the full experience will require a high-end computer. That’s impressive, given GTA V was released on PC nearly six years ago.

That being said, just reaching the recommended settings shouldn’t be too hard for most players. GTA V only needs an Nvidia GTX 660 or AMD HD 7870 to run at moderate settings. It’s the budget option, but for players wanting to get the absolute maximum experience, going well above that tier is an absolute must if they want the game to run at a smooth 60 FPS in 1440p or 4K.

The Witcher 3 is still a benchmark for high-end gaming systems, partly due to how many graphical settings you can tweak. If you’re an Nvidia user, you can punish your GPU even further by turning on HairWorks feature to make the characters in the game even more life-like. Moreover, the absolutely massive open world, covered in beautiful textures and illuminated by HBAQ+ light occlusion, makes the game very demanding.

Running The Witcher 3 on anything less powerful than a GTX 770 and a solid processor will result in sub-30 FPS image reproduction. However, even cards like the RTX 2060 and above won’t be set to play this game at over 1440p, especially if they hope to get more than 60 FPS. And don’t even think about turning on Nvidia HairWorks; Geralt of Riva’s flowing hair is a massive strain on most GPUs.

“But can it run Crysis?” That was the most important benchmarking question you could ask during the seventh console generation. The first Crysis showed the world that visual fidelity and mission scope aren’t mutually exclusive, although it came at the cost of optimization. Almost no PC could run the original Crysis at launch. Even today, some PCs still buckle under that game’s weight.

So why is Crysis 3 on here? Well, it’s more graphically demanding than the first, and it’s also much better looking. Don’t let that GTX 560 recommendation fool you: this game will use far more than 1 GB of VRAM. Even throwing an RTX 3080 at this game won’t guarantee a stable 60 FPS at 4K resolution. Keep in mind that Crysis 3 came out in February of 2013, over eight years ago. Even after all this time, “Can it run Crysis?” is still as valid of a question as ever.

Why Not Crysis Remastered?

Crysis Remastered runs terribly on just about every system, regardless of your GPU. This is because Crytek hasn’t reworked the remastered version to use multiple CPU cores, meaning the game has a serious CPU bottleneck. The original version of Crysis suffered from the same issue, hence why it’s notorious for running so poorly. There are other games that demand more of your GPU than the Crysis Remaster, all of which make much better use of your CPU. If you want to test how well your PC can run a Crysis title at 1440p or 4K, play Crysis 3 instead.

It’s also worth noting that there is a Crysis 3 Remastered, requiring slightly higher PC hardware to run. It’s virtually identical to vanilla Crysis 3, except this version supports ray tracing and DLSS. Beyond that, both versions look and perform exactly the same. Play whichever version you prefer.

Deus Ex: Mankind Divided set the bar for graphical fidelity when it was released back in 2016. Eidos Montreal’s Dawn Engine is notorious for its GPU-hungry performance, requiring 6GB of VRAM when using ultra settings. The visual improvement is certainly worth it, delivering a photorealistic cyberpunk dystopia that can only be matched by Cyberpunk 2077.

Metro Exodus features the fabled real-time ray tracing technology support to use the full potential of the new Nvidia graphics card lineup. Players planning on running the game on lower settings might have issues, as the game offers only a few possible tweaks to improve performance for lower-grade systems.

Benchmarks by PC Gamer on lowest settings reveal an average of under 60 FPS on anything worse than a GTX 1070. Cranking everything up to the max is going to require an RTX card like the 2060 or above. It’s not the most performance-heavy FPS on the market, but Metro certainly rewards powerful PCs with jaw-dropping visual fidelity.

Foliage. That’s the word that’s probably going to be on your mind as your overpriced system struggles to push out 60 FPS in this game. Kingdom Come: Deliverance’s Dunia engine is actually based on the engine developed for the notorious Crysis. It carries over that engine’s breathtaking visuals and equally breathtaking PC requirements—ranging from high-end GPUs to a solid chunk of disc space.

The system requirements for this game make little sense. Despite allegedly needing a GTX 1060 graphics card and a solid processor (and we can’t forget the necessary 16 gigs of RAM), those running GTX 1080Ti’s will still experience frame dips during play. Even RTX cards struggle to play this game at higher resolutions.

9: Shadow of the Tomb Raider

The latest chapter in Lara Croft’s story is more visually stunning and diverse than ever. The previous game was no piece of cake when it comes to system requirements, and Shadow of the Tomb Raider continues the tradition.

Even at mediocre refresh rates, you won’t be able to enjoy this game with anything less than a GTX 1060 graphics card combined with the brainpower of something like an i7 4770K processor. Its performance does scale quite well when pushed to higher resolutions, but you’ll still want a 20 or 30 series RTX card from Nvidia to squeeze out as many frames as possible. This game is benchmarked frequently for a reason.

Forza Horizon 5 is one of the most stunning games released in 2021. Beautiful lighting, realistic car models, and incredible weather effects all make for one of the best-looking racing games you can find. It also makes for a rather demanding PC title.

The recommended GPU for Horizon 5 is a GTX 1070, quite a large leap from Horizon 4’s recommended GTX 970. And that’s just for 1080p resolution running at 60 FPS. As reported by Digital Foundry, if you want to push Horizon 5 into 4K territory, you’ll want at least an RTX 2080ti or an RTX 3070. You’ll also want a stronger CPU like the R5 3600 to maintain a solid 60 FPS during this game’s more performance-heavy races.

Ubisoft’s latest Assassin Creed game is, unsurprisingly, the most demanding of the series. The absolute minimum GPU required to run this game is a GTX 960, and that’s for 1080p resolution at 30 FPS on low settings. For 60 FPS on high settings, you’ll need a GTX 1080 or better. This shouldn’t come as a surprise given Valhalla’s open-world nature, yet it’s when you crank up the resolution that these requirements get extreme.

If you want a smooth 1440p experience at 60 FPS with no frame dips, you’ll need an RTX 2080ti or a 30 series GPU, as reported by Digital Foundry. A solid 60 FPS at 4K resolution—mimicking what the PlayStation 5 outputs—is going to require an RTX 3080 or 3090 with a high-end CPU from AMD or Intel. Even then, expect a few frame dips during performance-heavy cutscenes.

Now that everyone’s favorite western adventure of 2019 has been released on PC as well, it’s time to talk about its flaws. Despite being an amazing game on console, its PC port was far from stellar. Red Dead Redemption 2 on PC is plagued with stuttering and FPS dips, even if you meet the recommended specs.

The recommended requirements aren’t anything to laugh about either. For Nvidia users, a GTX 1060 or above is absolutely crucial for a great experience. AMD users will need to opt for a Rzen 5 1500X or above to get such results. Much like GTA V, Red Dead Redemption 2 chews through RAM, requiring 12 GB to run smoothly. Should you meet those requirements, you’ll get to experience the most visually impressive Rockstar game to date.

You’re going to need a fairly powerful PC if you want to explore Cyberpunk‘s Night City. This game chews through your system memory, requiring at least a GTX 780 and 8 GB of RAM to play on minimum settings. If you want to bring out the beauty of Cyberpunk’s dystopian setting, you’re going to need at least a GTX 1060 (6GB version) and 12 GB of RAM.

Even with those specs, Cyberpunk will struggle to maintain a consistent framerate at times. And if you want to play this game at 4K with 60 FPS, forget it. Even the best PC specs can’t maintain that frame rate consistently. Fortunately, Cyberpunk has quite a few settings you can tweak to maximize your performance. Digital Foundry has an excellent guide on how you can increase this game’s performance with minimal visual impact.

In 2018 we finally got to see Final Fantasy XV on our desktop monitors. But this port came with a price: utilizing top-notch graphics and some of the most stunning graphics and advanced physics (GameWorks technology), the game will truly test your system’s mettle.

We’re still baffled by the required 155GB free space to play this game in 4K – that’s right, you’ll need 155 GB of storage space to play this game at its highest settings. And even then, we can’t guarantee 60 FPS with anything tamer than an RTX card and 16 GB of RAM. A GTX 1060 (6GB) is recommended for this game, but that recommendation is for 1080p resolution at 30 FPS. No matter how you spin it, FFXV is a seriously demanding game on PC.

Hands down one of the most stunning autosport games out there, Project CARS 2 improves tremendously on its predecessor. The graphics are completely photo-realistic, and the fact that you need at least 50 GB of free space to even install this game should be a testament to the amount of detail it includes.

However, it’s the CPU that’s getting the lion’s share of the work in this game. Project CARS 2 puts major emphasis on simulation rather than arcade racing, placing quite a bit of strain on your PC’s CPU. That’s why the processor recommended to run Project CARS 2 is a hefty i7 6700K, along with a high-end GTX 1080 graphics card. And that’s just for 1080p.

Control is hands-down one of the most GPU-intensive video games ever released on PC. This game’s crowning achievement—at least visually—is its implementation of ray tracing. Environments and particle effects are drop-down gorgeous while RTX is on, but this comes with a heavy price—both metaphorically and literally.

You need an RTX 2060 or better GPU to use ray tracing. Considering just how good RTX’s implementation is here, it’s well worth the GPU requirement. DLSS is also available on the RTX series of cards, drastically improving performance for this title.

You can also play Control without an RTX card, yet that is also rather demanding. A GTX 1660 is recommended for non-RTX users, which is still a fairly powerful card. No matter how you look at it, Control is one of the most graphically demanding games on the market currently. 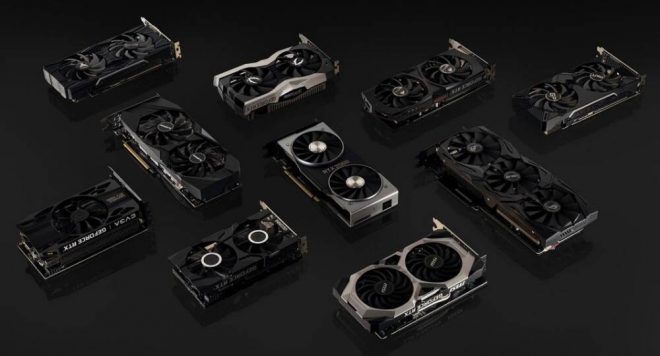 Below MSRP and Only Getting Cheaper: The GPU Deluge Begins