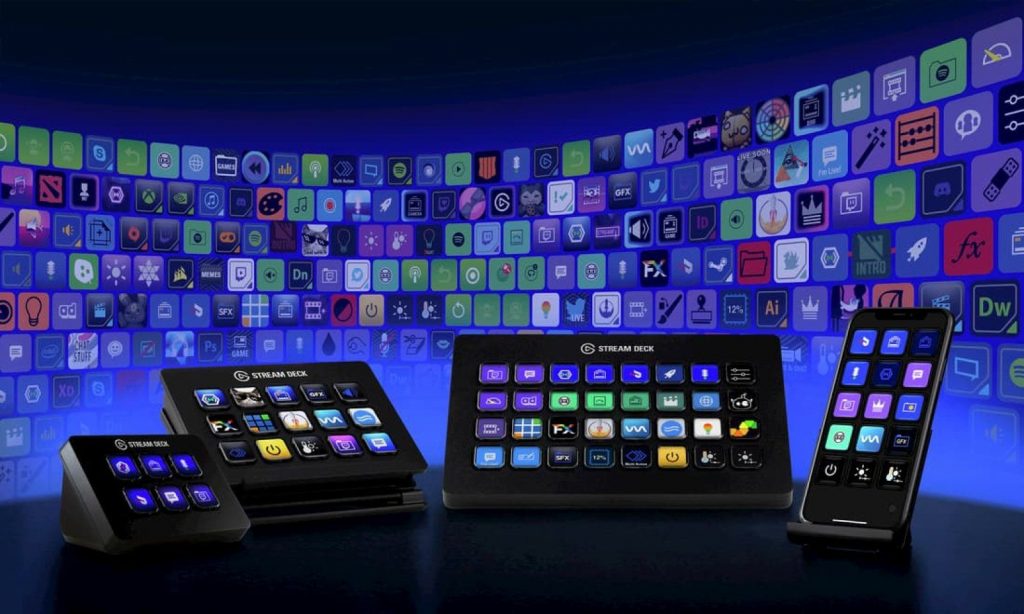 Video game streaming continues to boom, with more and more players trying their luck broadcasting game footage. Not everyone can make it big, but there are plenty of viewers out there to compete for, and tools to help you succeed. The Elgato Stream Deck ($149.99) could be a serious streamer’s best friend, offering a customizable set of shortcut buttons for your most frequent commands while broadcasting. It allows you to set multiple hotkeys across a variety of programs for streaming and video capture services, as well as other tasks like clipping game footage and setting macros. The Stream Deck is not essential for everyone, especially given its price, but for consistent streamers with an audience, it’s a valuable accessory. 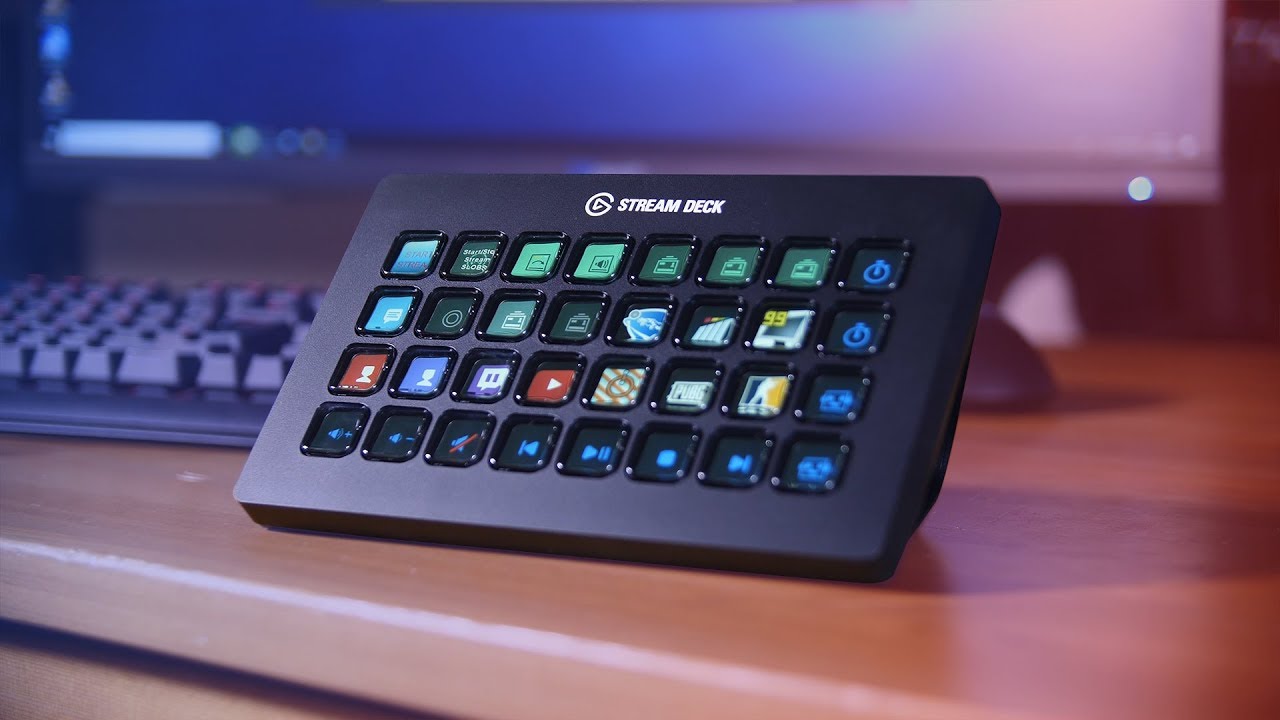 What is the Stream Deck?

Up front, you may be unsure what this product is for, so I’ll start with an explanation. The Stream Deck is built for people who stream themselves playing video games via online streaming services (think Twitch, Mixer, and YouTube). The deck contains three rows of five physical buttons on its face, each button with a tiny, customizable LCD screen within it.

The Stream Deck not essential for streaming per se, but it makes doing things while you are streaming seamless. To do so, you assign frequently used commands to a series of physical buttons. What appears on each button “screen” is entirely up to you and what software you use most often. As such, this is really a product for more consistent or serious (or at least, aspirationally serious) streamers. It’s a helpful accessory to have if you stream for an audience and use commands for chat, animations, sound effects, and saving gameplay clips. But not something we’d deem fundamental to those starting out or just streaming to a few friends. With the concept out of the way, let’s back up and dive into the details. The device is very simple in its design, but the inclusion of a plastic stand makes for a clever little setup. It features 15 upward-facing LCD buttons (plenty more on those in a moment) and is made entirely of black plastic. The deck itself is tiny, measuring just 0.8 by 4.6 by 3.3 inches and 0.4 pound. Despite that light weight, it has enough heft that it doesn’t feel like a cheap hollow box. You won’t be moving or lifting it much, of course, but this all means the Stream Deck has a very small footprint and can fit into a small square of open space on your desk. 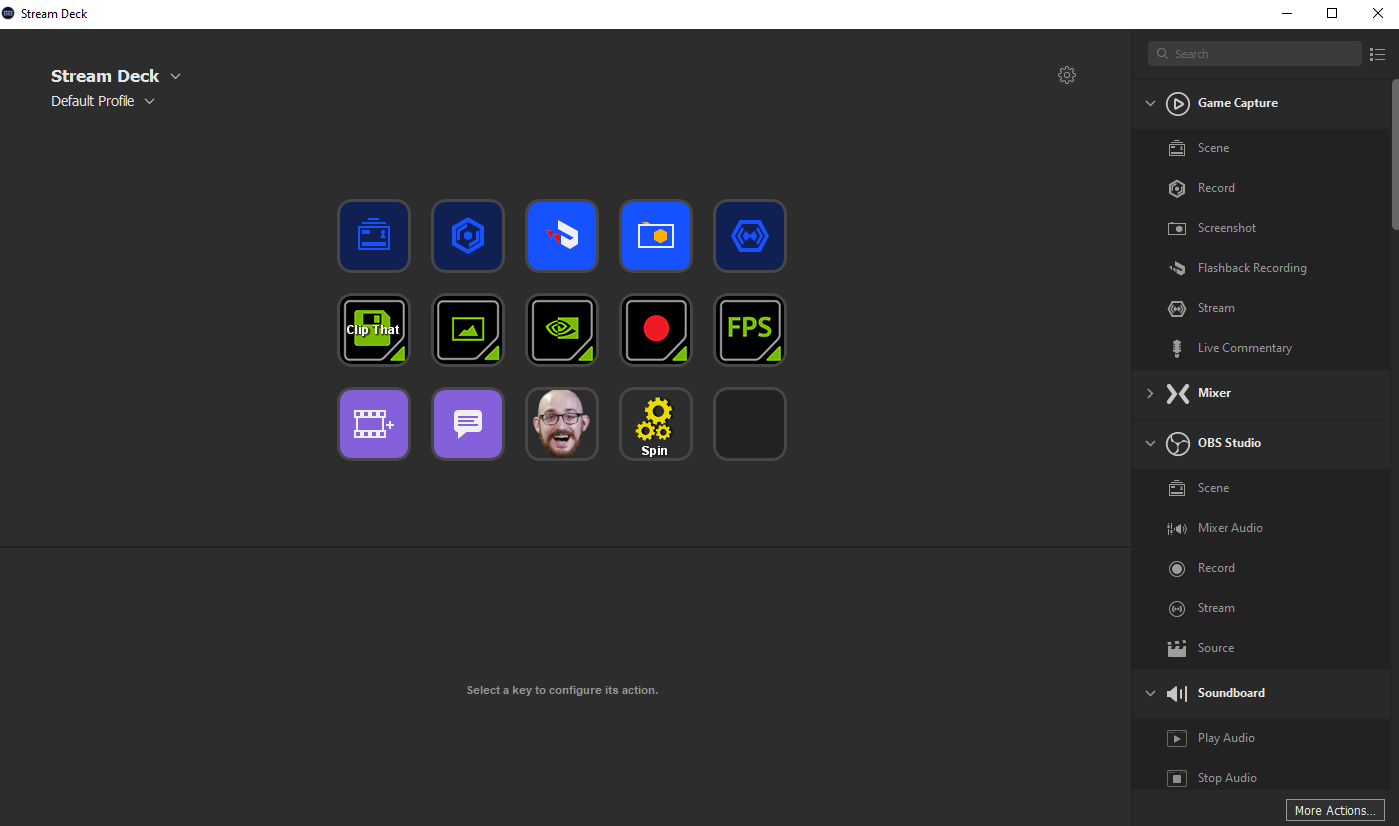 Using Twitch as the main example, the options include playing an ad, putting the chat in slow or subscribers-only mode, creating a clip from your recent gameplay, and more. If you drag and drop one of these actions into one of the blank center squares, it will instantly be reflected on the physical buttons on your Stream Deck. For example, if I want to put my Twitch chat in subscribers-only mode, I’ll drag that text onto one of the blank spaces, and it will appear on the corresponding Stream Deck button LCD.

This inherently feels pretty cool and high-tech, but of course it’s the functionality that’s appealing. If I’m streaming on Twitch and see my chat is getting a bit out of control, I can flip it to subs only with a single button press, rather than navigating through several clicks (likely on a second screen or even another PC). If you’re in the middle of a game, it keeps you focused on the action more, and this ease of use applies to virtually every action. It’s much quicker to hit a dedicated clip footage button than to use the Twitch interface, for example. 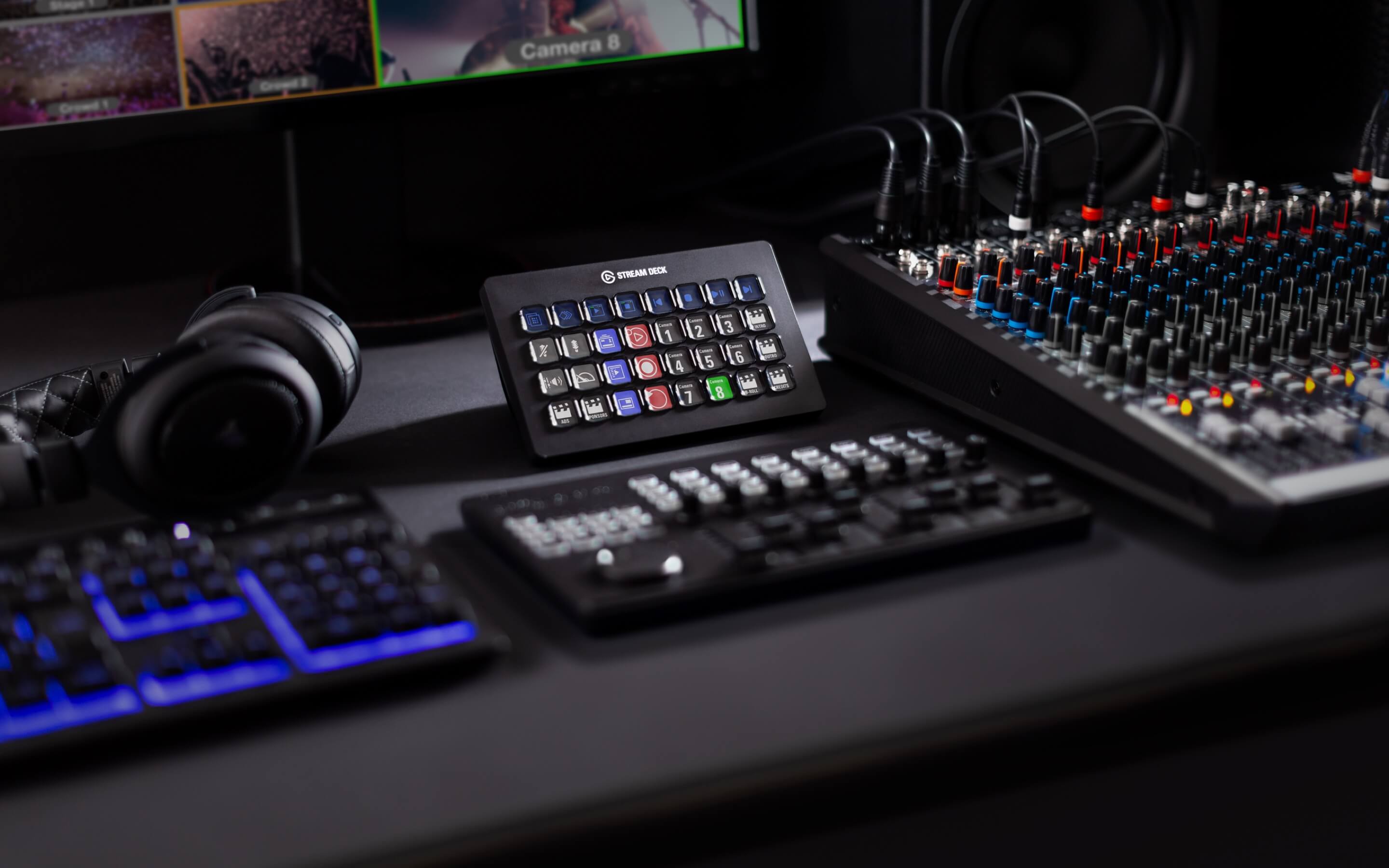 I did some test streams and, while I didn’t have a real audience to control, the functionality worked as it should. Hitting a button to save a clip of what you just did, send a programmed message to the chat, and start and stop broadcasting are all seamless. Having these commands on a physical board makes you feel like you’re at a control center, which is neat.

It may surprise you, but I am not, in fact, a full-time professional streamer. I tested the main streaming features to see how seamless it is to use, and how well integrated the Stream Deck can be in your setup. Seeing as how this isn’t my main use case, though, I also tried to fit the Stream Deck into my usual activities, both gaming and otherwise. I’m happy to say I found it genuinely useful for other tasks, though I wouldn’t suggest buying the Stream Deck without planning on streaming.

The most useful integrations for me were a macro recorder and Nvidia Shadowplay, the latter being the graphics company’s streaming and game-recording software. Unlike the other programs I mentioned, Shadowplay isn’t installed into the Stream Deck software by default. In the bottom right corner, there’s a More Actions button, which brings up a menu for adding plugins. These are made by Elgato, other manufacturers (Elgato’s mother company, Corsair, has a plugin for controlling system lighting, for example), and individual developers. 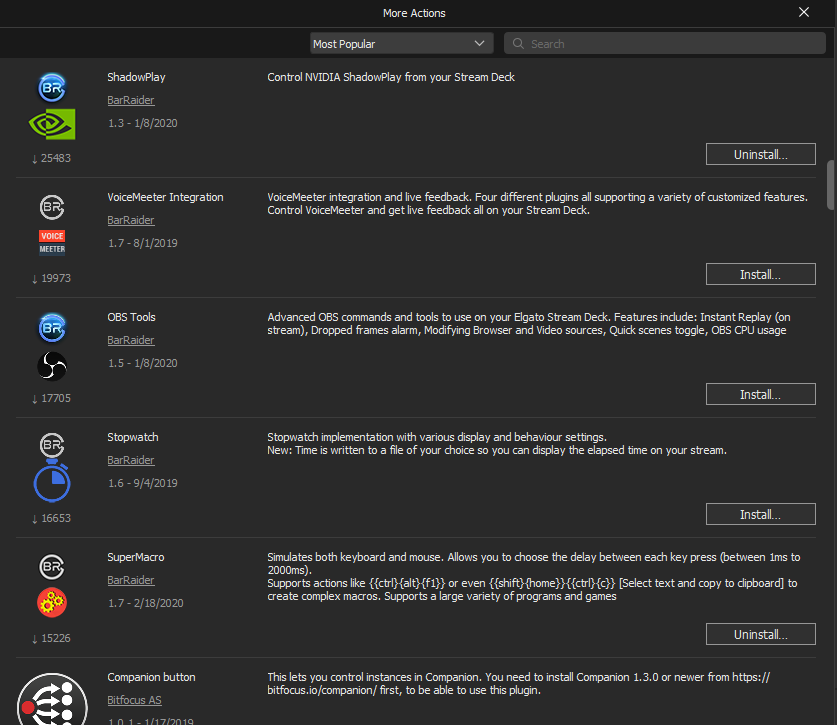 All told, we really like the Elgato Stream Deck. It is expensive, which is a big factor in the disclaimer laid out up front. If you’re not a semi-serious or consistent streamer, it’s hard to really justify. If it were less expensive, it could be a useful enough tool and a good gag accessory. At $150, you’re probably going to want to get real use out of it.

We don’t think the price is too high for those who need it, just warning potential buyers that it has a targeted audience. If you’re just starting up your streaming efforts, you can hold off on the Stream Deck. It’s not essential, and you don’t want to over-invest before you see if you stick with it or can develop an audience. If you do stream consistently, have a chat to manage, and use some or most of the streaming-related software I mentioned, the Stream Deck is a good, useful, and cool tool. The additional features I enjoyed may not make it an essential purchase, but they do accentuate the fundamental use case. 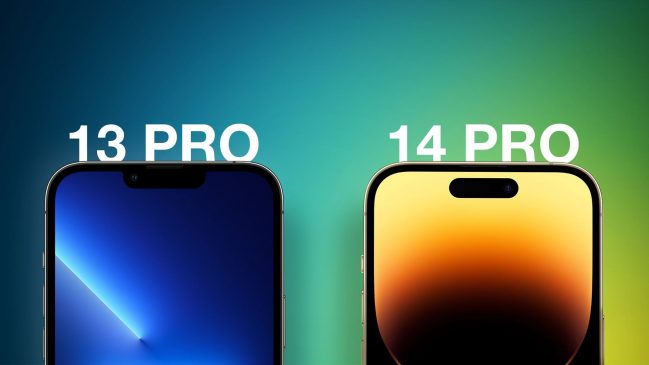