The WD Black D30 is simply designed external storage for your games without any frills like RGB. It will work on modern consoles as well as PC, whether macOS or Windows, but is aimed at older titles for use on the PlayStation 5 and Xbox Series X|S. The variant we are testing today is for the Xbox and comes with a Game Pass Ultimate code to get your gaming journey started.

This drive is recommended for last-generation titles, because the current consoles have high-bandwidth NVMe drives and their recommended expansion options are also quite fast. 10 Gbps USB won’t cut it for that. On PC, DirectStorage is still in its infancy, but that API is designed for NVMe anyway. That being said, 10 Gbps is sufficient bandwidth for normal game loading, and the D30’s 2TB option is particularly compelling to hold a game collection. 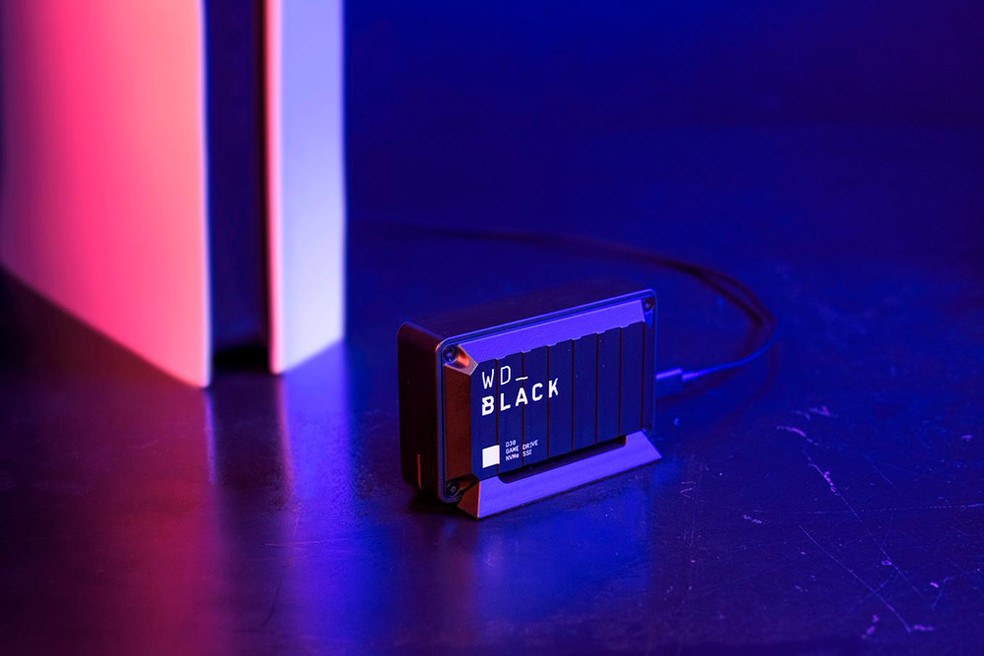 WD’s original SN550 and its SanDisk counterpart made for a solid portable drive when paired with an enclosure. WD thought so, too, as they made models with this hardware and the ASM2362 bridge chip. While these drives are DRAM-less and HMB does not pass over USB, the overall design was such that sustained performance remained quite good. We will have to test the D30 to see if it holds up to that. Many manufacturers have been “nerfing” drives lately, including the SN550, so we’ll see what separates the D30 from its peers.

The WD Black D30 is available at 500GB, 1TB, and 2TB capacities. The price per gigabyte goes from $0.16 to $0.09 as the capacity increases, making the 2TB the best value. Games are always getting larger, so that may be the best investment regardless. While internally the drive is in the typical M.2 2280 form factor, externally the drive is attached by USB via the USB-C port with an included Type-C to Type-A cable. Although somewhat bulky, the drive is a relatively lightweight 125 grams.

The drive is not rated in any special way but comes with a stand and is bus-powered. The casing does seem thick, so it should offer some protection. As the drive is limited by the USB 3.1 interface, that is 10 Gbps SuperSpeed+, it’s only rated for up to 900 MBps with regard to sequential reads and writes. The warranty is unexceptional at three years.

The D30 arrives with a stand and a single USB Type-C to Type-A cable. Software should not be required for console use. A Type-C to Type-C cable would have been a nice inclusion for PC and Mac users, although strictly speaking it is not necessary. As mentioned above, the drive also comes with a Game Pass Ultimate code.

The WD D30 comes in a utilitarian (but not unattractive) black and white casing. It’s likely the casing would provide some protection to the SSD inside, but it seems larger than necessary. The case has a single USB-C port and a status indicator LED. Details about the drive, such as the capacity, are written on the side. This particular color scheme is for the Xbox version that we received for testing; there’s also a pure-black model.

The internal structure does seem to have some ruggedness to it. There is a green PCB to facilitate the M.2 NVMe-to-USB-C conversion. The internal drive appears to be a WD SN550. 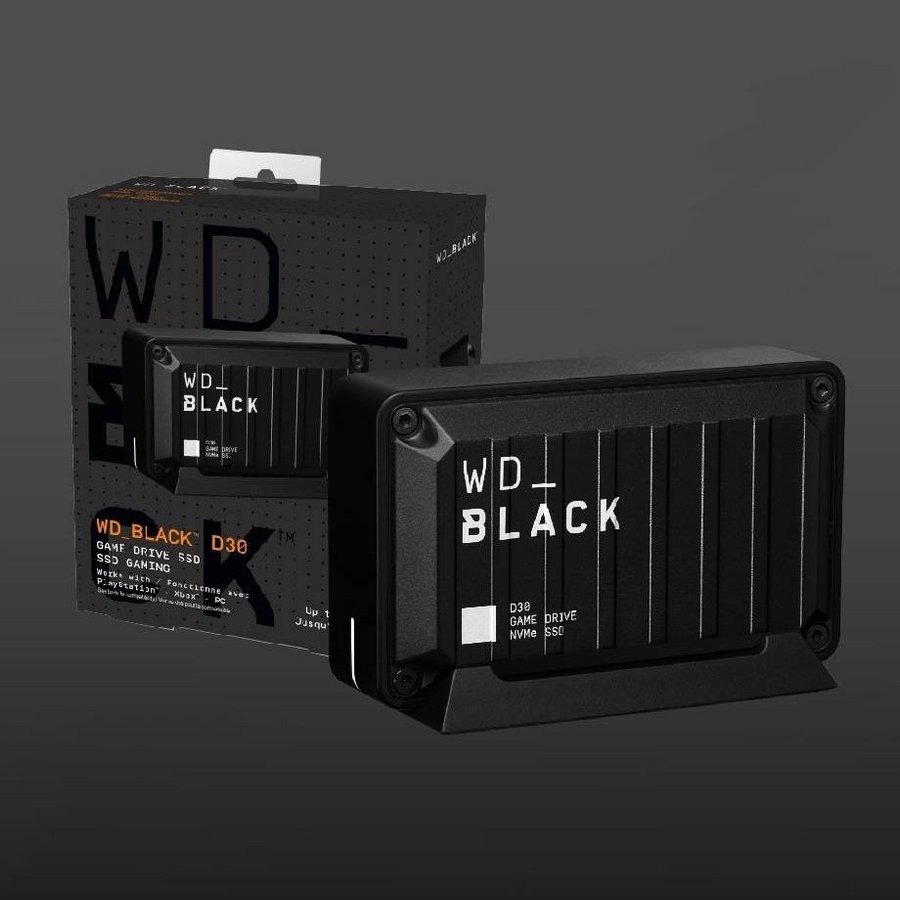 Basically, the chip has two lanes of PCIe 3.0 on the drive side and a 10 Gbps interface on the USB side, for a performance peak around 900 MBps in this case. The JMS583 is popular in many “DIY” enclosures but had early firmware issues, while the Realtek RTL9210B is often considered the best of the bunch. The RTL9210B, though, does have the advantage of working with SATA drives.