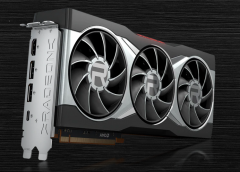 The new AMD RX 6700 graphics cards could be announced at CES next week, but with actual availability only coming sometime towards the end of March. That is what the rumour mill is currently grinding away on today, though what ‘actual availability’ looks like in 2021 I don’t really know. It could simply be measured by whether or not Frank Azor manages to bag himself one on Twitter come launch time. 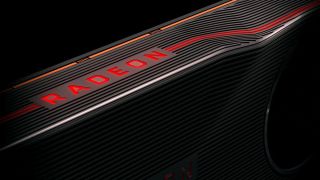 The rumour comes from Cowcotland (via Sweclockers) and suggests the mainstream RDNA 2 Radeon graphics cards will arrive sporting the new Navi 22 GPU at the end of the first quarter of 2021. That will mean we should have more affordable variants of AMD’s latest graphics architecture by the end of March at the latest.

We’re not sure if that was always the plan, or whether the constraints around manufacturing and shipping have pushed back the volume segment of the AMD RX 6700 series cards. Matching AMD’s previous MO we’re expecting a pair of cards in this rumoured March launch, with an AMD RX 6700 XT and lower spec RX 6700 version, just as with the AMD RX 6800 XT and its little sibling.

In terms of raw power that will put the new cards somewhere in between the custom AMD GPUs being jammed into the PlayStation 5 and Xbox Series X consoles.

Which could be significant for PC gamers if Microsoft really is enlisting AMD’s help in pushing more of its 7nm Navi and Zen production its way to bolster Xbox production.

Still, ostensibly that will put the RX 6700 XT in the same GPU ballpark as the old RX 5700 XT, but thanks to the Zen learnings baked into the RDNA 2 architecture we should find the Navi 22 being pushed a lot further than the 1,980MHz boost clock of the old Navi silicon. It will also be able to take advantage of Infinity Cache for extreme memory bandwidth from its 192-bit memory bus.

The reports also suggest that memory bus will then sport 12GB of GDDR6, matching the rumoured specs of the Nvidia RTX 3060 Ultra which is rumoured to be on its way. Because what the world needs now is graphics card suffixes coming out of retirement for one last big score.

You’re also going to get AMD’s nominal ray tracing support out of the RX 6700-series cards, for whatever that’s really worth. We still haven’t had a chance to see what AMD’s implementation is truly capable of in games designed with its new GPUs in mind, but surely game development on the next-gen consoles will only advance that.

There are also rumours that this power efficient Navi 22 GPU will form the basis for its push into discrete mobile graphics chips this year. Though AMD is virtually certain to launch its mobile CPUs at virtual CES 2021 next week, we’ve not seen any leaked specs about those Ryzen 5000-series processors being paired with anything other than as-yet unannounced Nvidia RTX 30-series mobile silicon.