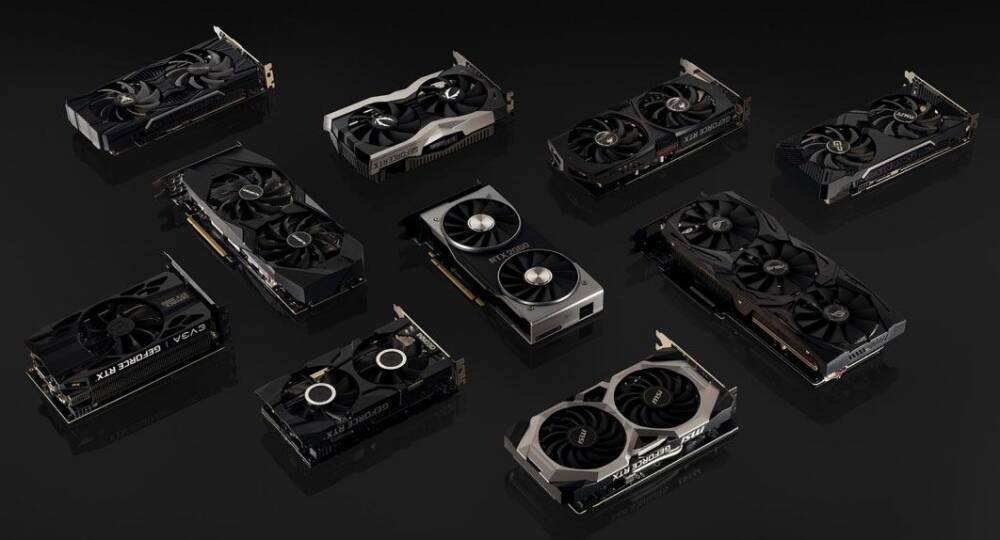 We’ve been watching GPU prices fall since the start of the year, but the past few weeks suggest things could get a lot worse — for the graphics card manufacturers and GPU vendors, that is — in the near future.

GPU prices dropped 15% in May, and we’ve seen similar 10–15% drops each month for the past several months. We saw the best graphics cards come back into stock (at retail) as GPU mining profitability has plummeted — and that was before Bitcoin and Ethereum crashed again, dropping Bitcoin from around $30,000 to the low $20,000s and Ethereum from around $1,900 to about $1,100. In the past week, Bitcoin’s value dropped over 30%, while Ethereum plunged by more than 40%.

This has happened before — back in 2018, when it resulted in a massive oversupply of many GPU lines. AMD’s Polaris GPUs, such as the RX 570 and RX 580, went from being wildly-popular mining GPUs to being cards you could pick up for a song. The low-end RX 560 cost almost as much as the RX 570 4GB, even though the latter offered more than twice the performance. And it’s not just retail prices that will threaten sales — used GPUs will start to flood the market as people abandon cryptocurrency mining.

We’re already starting to see some of these effects. Remember just a few months ago, when the RTX 3080 couldn’t be found for under $1,000? It’s now going for less than $650 on eBay, and we’ve seen listings selling groups of six RTX 3080s for as little as $2,500 — $418 each! With the current profitability of RTX 3080 mining hovering around $0.85 per day (after power costs), even hardcore miners are ready to throw in the towel and see what remaining value they can get out of their cards. Wannabe miners would still be looking at about a year and a half to break even, assuming things don’t get continue getting worse.

This might sound like doom and gloom, but it’s actually great news for anyone looking to upgrade to a new graphics card! Not that we’re suggesting you run out and buy a used graphics card off eBay, but we expect nearly every current generation graphics card will soon be found for less-than-retail prices — maybe far less. Here’s a look at the latest GPU prices compared to just two weeks ago. (We’ll break things down into retail and eBay tables, to make things more understandable.)

Retail prices aren’t falling quite as fast as the used market on eBay (see below), but we’re still tracking a 2% drop in the past two weeks, which is partially offset by the 9% increase in price on the RTX 3080 12GB. It seems others may have noticed that the $800 deal was perhaps a bit too good, at least for the current day — but don’t be surprised if that card drops well below that price in the coming months.

AMD’s GPUs still offer better overall value, if you compare performance using our GPU benchmarks hierarchy. You do give up some ray tracing performance and DLSS support, but if you’re looking at apples-to-apples comparisons the RX 6900 XT matches up well against the RTX 3080 Ti and costs significantly less. The same goes for the RX 6600 XT and the RTX 3060. Nearly every AMD GPU now sells for less than MSRP, except for the RX 6800 XT and RX 6800.

Flipping over to the secondhand market on eBay: Average eBay sold prices have dropped 10% compared to two weeks ago. This is a big drop, and it’s partially offset by higher prices on the RX 6750 XT and RX 6400 — both of which have incredibly low eBay volumes and can therefore be ignored. Actually, all of AMD’s newcomer GPUs are basically unavailable on eBay — if we ignore those, eBay’s sold listing prices actually dropped by 12%.

The Buy it Now column is even more interesting, as it shows the lowest price we were able to find (after we excluded non-functional hardware and fake/bad listings with a Buy it Now option). Nearly every graphics card has a Buy it Now price that’s less than the average sold listing price in the past week — and Buy it Now means there’s no need to deal with the hassle of bidding on an auction. You’re probably still getting a warmed-over mining card that may or may not run well (unless it’s a relatively new model, such as the RTX 3090 Ti), but these cards will get more and more enticing as prices continue to drop.

4,854 thoughts on “Below MSRP and Only Getting Cheaper: The GPU Deluge Begins”