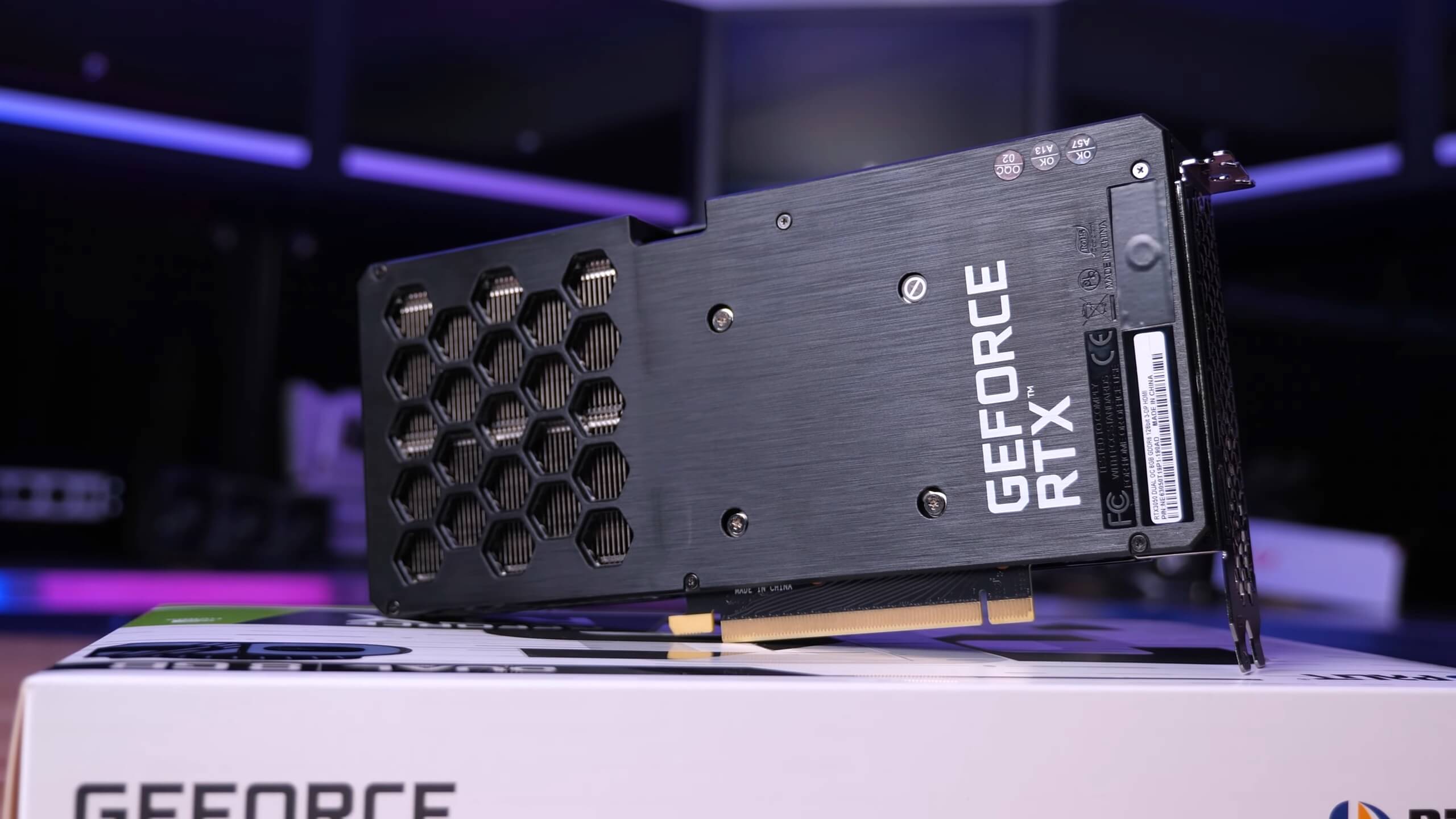 The Nvidia GeForce RTX 3050 feels a bit like a breath of fresh air after last week’s rather unimpressive launch of the AMD Radeon RX 6500 XT. On paper, there aren’t any major compromises to speak of, and the launch price falls squarely into the mainstream market at $249. Unfortunately, GPU prices are still extremely inflated, and while cryptocurrency prices have plummeted, that doesn’t mean we’ll see reasonable prices on the best graphics cards any time soon. But setting aside real-world pricing and supply, how does the RTX 3050 stack up to the competition? 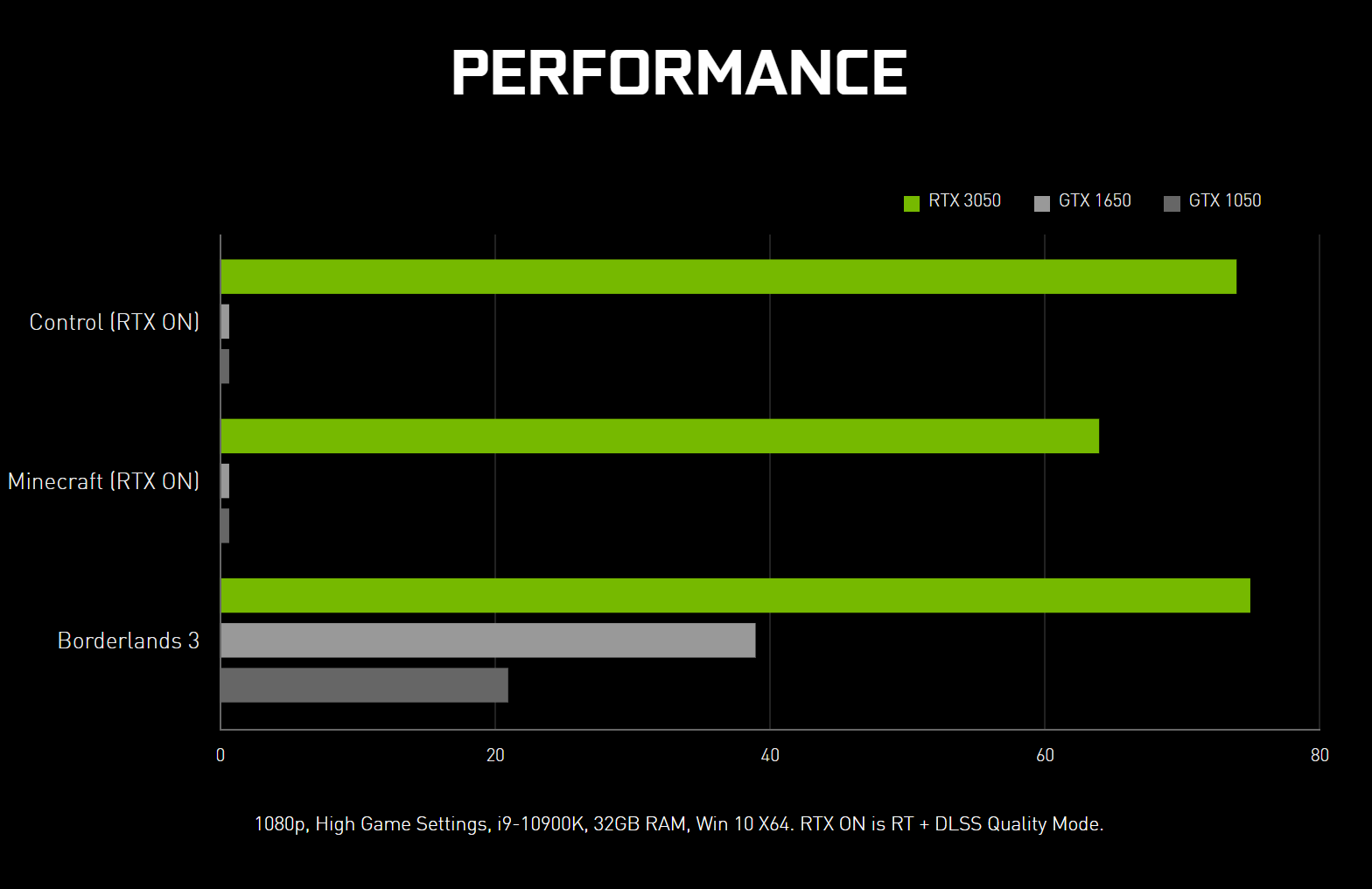 Thankfully, Nvidia hasn’t put the Ampere architecture on the chopping block to create the desktop RTX 3050. While the GA107 used in mobile RTX 3050 Ti and RTX 3050 only uses an x8 PCIe interface, the desktop RTX 3050 uses the larger GA106 chip and includes full PCIe 4.0 x16 connectivity, along with full support for all the latest video codecs. It also includes 8GB of GDDR6 memory, though on a narrower 128-bit interface than the RTX 3060. Here’s the full specs overview of Nvidia’s RTX 3050, along with some competing GPUs.

Along with the RTX 3050, we’ve included the RTX 2060, GTX 1650 Super, and RX 6500 XT as points of reference. The official launch prices are obviously a bit of a joke right now, with most of these cards costing 50–100% more than the suggested values, but that’s not likely to change any time soon. A key difference between the RTX 3050 and its nominal predecessors, the GTX 1650 and GTX 1650 Super, is that the 3050 adds RT and Tensor cores to the mix. That brings Nvidia’s ray tracing and DLSS support to a new tier of hardware, and like all Ampere GPUs, these are second-gen RT and third-gen Tensor cores.

Of course, that makes performance comparisons between the old and new GPUs sort of pointless in some cases. For example, Nvidia showed how RTX 3050 with RT and DLSS delivered performance compared to the GTX 1650, GTX 1050 Ti, and GTX 1050. So naturally, those GPUs all scored zero in RT and DLSS tests since they can’t run either one. Meanwhile, the GTX 1660 series can support ray tracing (in some games) but still lacks Tensor hardware. So, in effect, every GTX GPU scores zero on RTX + DLSS performance, and the same applies to all AMD GPUs. That’s not a particularly helpful comparison. 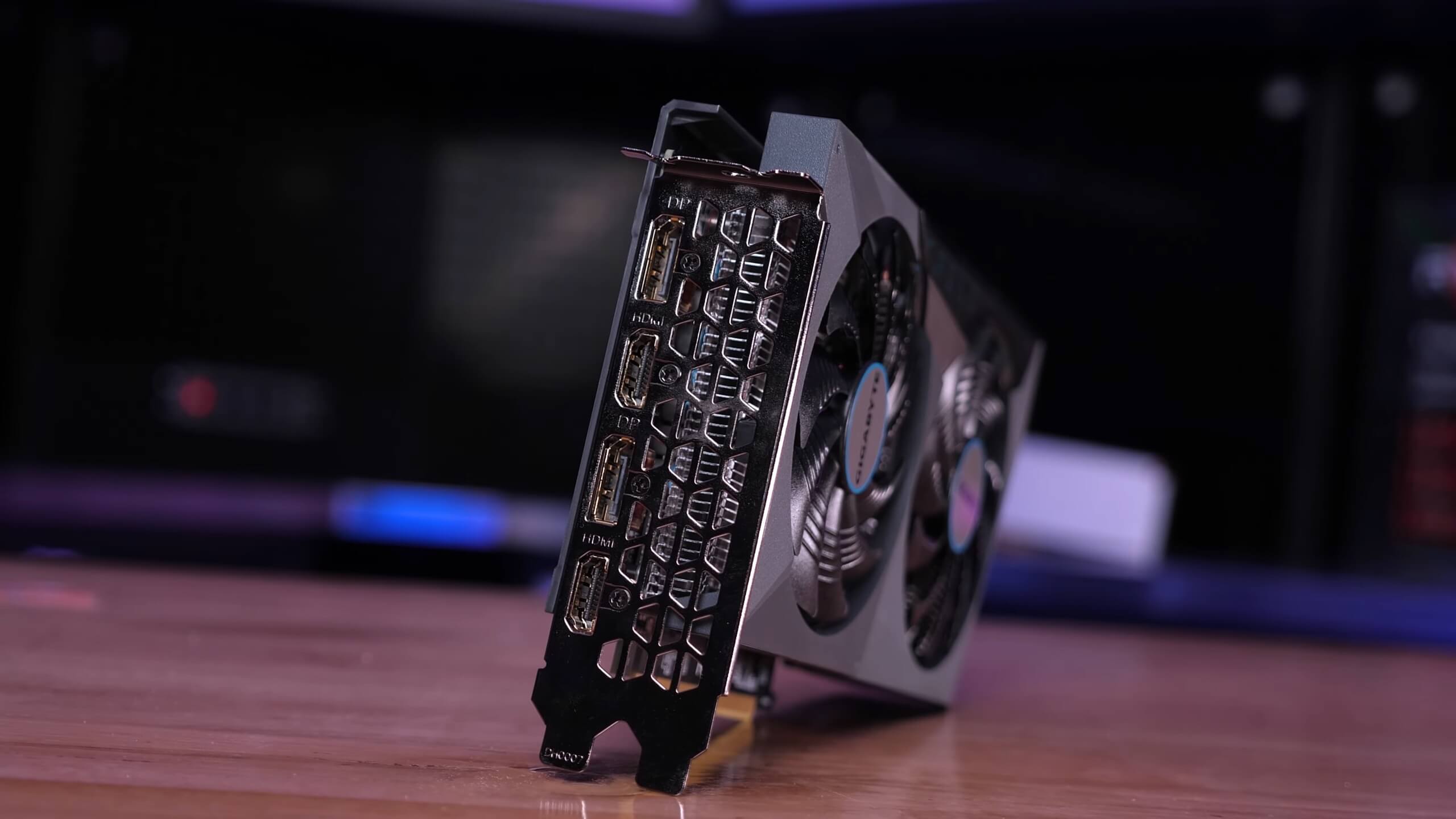 One interesting item to note is the die size for the various chips. Nvidia hasn’t revealed a die size for the (currently) laptop-only GA107, but GA106 ends up roughly the same size as the TU116 chip used in the GTX 16-series cards, and 150% larger than AMD’s tiny Navi 24. Some of that is thanks to TSMC’s N6 process, and the cost per square mm for TSMC N6 is certainly higher than Samsung 8N, but die size definitely favors AMD.

At the same time, we’ve already said we think AMD went too far in cutting features and specs to keep the Navi 24 chip as small as possible. Look at all the other specs and RTX 3050 should easily dominate over AMD’s RX 6500 XT, and it might even give the RX 6600 some competition at times. We’ll have the RX 6600 in our performance charts, along with some other current and previous-gen GPUs. One thing to keep an eye on is how the RTX 3050 compares to the RTX 2060. It has quite a bit less bandwidth but also more compute performance. RTX 2060 will be faster for mining purposes (not necessarily a good thing) as well, which means the RTX 3050 will likely end up in the hands of more gamers going forward. Obviously, real-world pricing and availability will be the deciding factors for any current graphics card purchase. Nvidia told us it has been working to build up inventory before launching its new GPUs, and it knows the RTX 3050 will be in very high demand thanks to its lower price. It’s still going to sell out, but hopefully we’ll see a decent number of cards available at reasonable prices with tomorrow’s launch. However, once the initial supply gets cleared out, we’ll have to wait and see how things develop going forward.

For our launch review, Nvidia provided us with an EVGA RTX 3050 XC Black… except, it sort of didn’t. Officially, the XC Black runs at reference clocks, meaning a boost clock of 1777MHz. EVGA inadvertently put the non-Black 3050 XC Gaming VBIOS on the card, which gave it a modest factory overclock to 1845MHz boost clock. EVGA did send a corrected VBIOS, and we have now retested everything, but the initial data used the overclocked results.

Fundamentally, we’re not particularly concerned with receiving a factory overclocked card. AMD sent us factory-overclocked RX 6600 XT, RX 6600, and RX 6500 XT cards. Nvidia has also sent some factory overclocked GPUs in the past. The performance difference between the XC Gaming and XC Black should only be about 2–3%, and not surprisingly, the XC Black ran just fine at the XC clocks. You could certainly manually overclock just about any RTX 3050 card to similar levels. If you’re looking at this review and wondering if you should buy the XC Black, the only thing you really need to know is that performance is slightly lower than what we show here, and power consumption is also a tiny bit lower.

The XC Black comes with a suggested starting price of $249, meaning it will likely be available for that price in limited quantities for the launch tomorrow. After the initial launch, all bets are off. We also have a Zotac RTX 3050 Twin Edge OC (1807MHz boost clock), and we’re working on testing that and will post that review in the near future. We have a pricing table in our conclusion that will certainly raise some eyebrows, if you were hoping for more cards selling at the $249 base price.

The RTX 3050 GPU doesn’t require a lot in the way of power or cooling, and as a baseline design, the EVGA XC Black trims most of the extras you’ll find on higher-cost models. There’s no RGB lighting, and the card has two 87mm EVGA fans — it’s essentially identical in appearance to the RTX 3060 EVGA card, except with less VRAM and fewer GPU cores. The card doesn’t include a backplate, but there are still three DisplayPort 1.4a connections and a single HDMI 2.1 port, which is standard for just about every recent GPU introduction other than AMD’s RX 6500 XT.

The card measures 202x110x38mm, only slightly longer than an x16 PCIe slot and also smaller than the XFX RX 6500 XT we reviewed. There’s a single 8-pin PEG power connector that should provide more than enough power for the RTX 3050, and any power from the PCIe slot is just gravy. Interestingly, the XC Black weighs 527g, about 125g lighter than the EVGA RTX 3060. Some of that comes from the two extra memory chips on the 3060, but it also has a slightly reworked heatsink with two fewer copper heatpipes (not that the GPU really needs them).