The OZO also delivers one output co-axial cable and one power and memory cartridge. Use the real time interactive feedback in a VR preview to monitor while on location or set. The OZO also delivers wireless portability for tripod, crane, aerial devices, or gimbal applications.

The Nokia OZO is our most exciting new piece of kit, the first VR 360 camera built from the ground up.

The industrial design of the unit is reminiscent of Space Odyssey’s Hal or The Matrix Sentinels and its potential is just as futuristic as the images it conjures up. No more multi-camera rigs with multiple points of failure, the first device with 360 x 360 surround sound and 360 degree spherical video capture all in one chassis. The OZO runs off a battery which lasts 90 minutes and memory modules that give you 45 minutes of 4K recording, with WiFi communication with a laptop or even a tablet for adjusting multiple options, as well as triggering capture without being in shot, something crucial when dealing with 360 material.

The Wrangling Crate
The OZO is the first camera with a VR monitor output via SDI and our data wrangling crate makes full use of it. Our portable crate contains the Blackmagic Hyperdeck Shuttle Pro allowing for a continuous record with two 1TB SSD modules allowing for recording of many hours. The Crate also includes the highest specification Mac Pro for fast data transfers as well as live playback of material that can be played via the Oculus Rift VR Headset.

The Live Cart
Not only is the OZO a brilliant camera for capture of any 360 event or VR experience, it is also available to broadcast live virtual reality with unprecedented quality and ease. Using a standard 4K workflow that integrates with standard UHD broadcast equipment and SDI signal protocols allows us to use existing production switchers and colour correctors. Our OZO Live cart processes the raw signal from the OZO in real time and switches the images to a stereoscopic or monoscopic video with full 3D audio. Using dual GTX 1080 GPU’s allows us to achieve this along with several other key components. 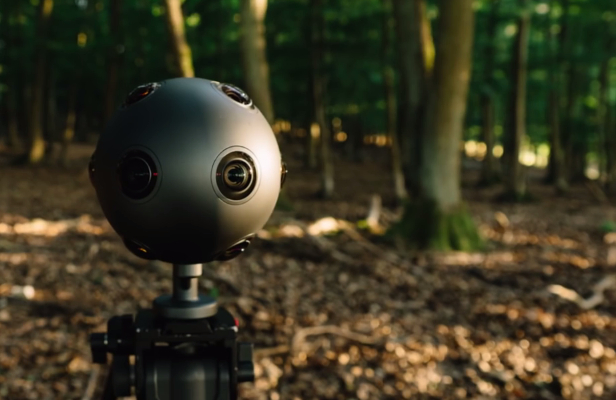 So far we have taken the OZO and systems to some weird and wonderful locations, but we are always keen to demonstrate it to potential clients in the UK so feel free to get in touch with Ollie or Tom to discuss the Nokia OZO and how it could work on your next job.