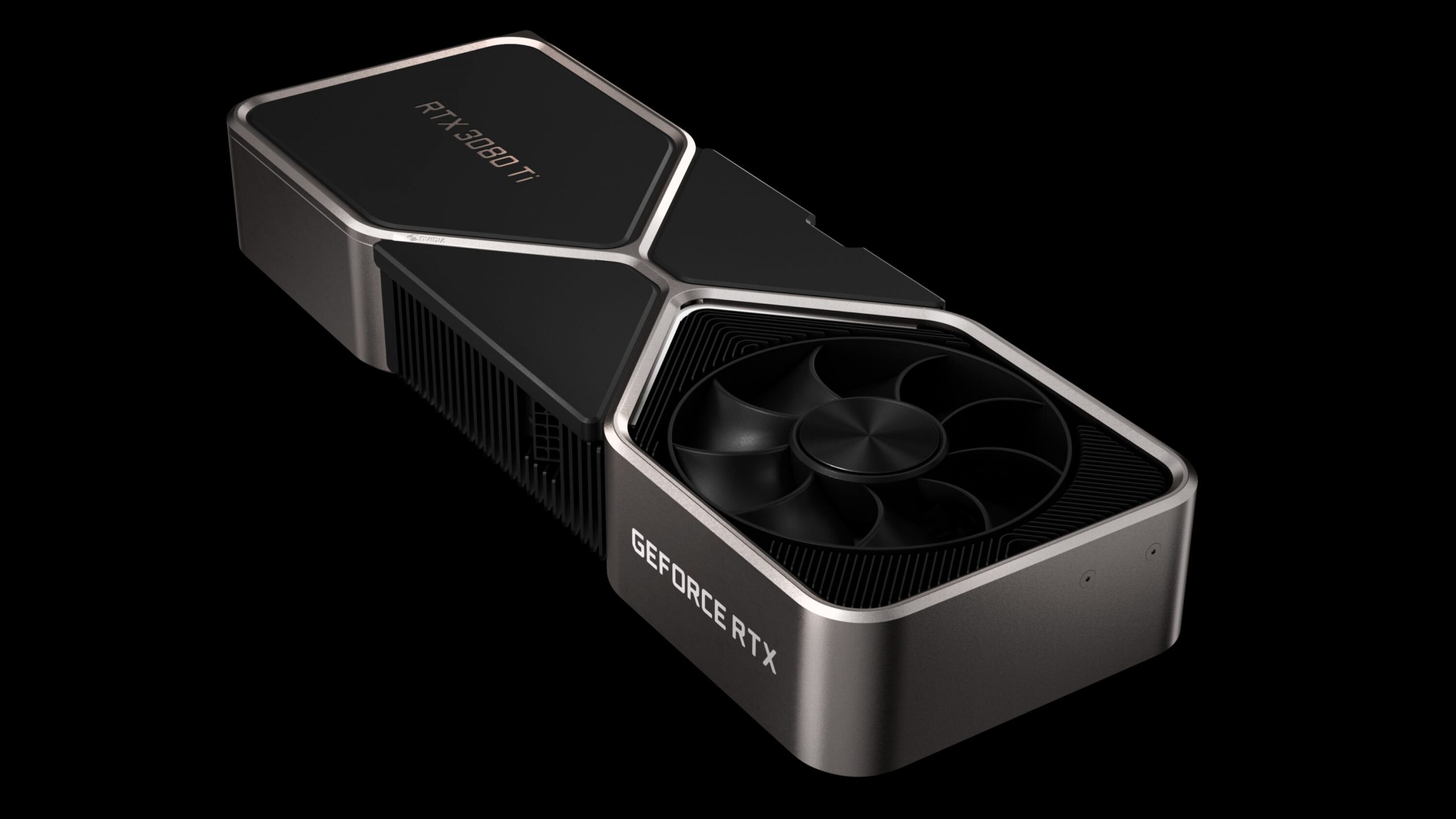 The Nvidia GeForce RTX 3080 Ti story should be familiar ground. Halfway through the regular product cycle, release a higher-spec, higher-performance variant of the existing x80-series part with a price that makes for a compelling upgrade. The GTX 1080 was a great card back in the day, and the GTX 1080 Ti upped the ante and basically redefined what we came to expect from a mid-cycle update. But anything even remotely competitive from our GPU benchmarks hierarchy, along with all the best graphics cards, are in a bad place right now with virtually no availability at retail and exorbitant prices on places like eBay. As a result, the RTX 3080 Ti ends up looking a lot more like the RTX 2080 Ti than the GTX 1080 Ti: Fast but expensive.

Fundamentally, nothing has changed with the Nvidia Ampere architecture. More games support ray tracing and DLSS, and driver improvements over the previous nine months have altered performance a bit since launch. Otherwise, the RTX 3080 Ti takes the same GA102 GPU found in the GeForce RTX 3090 and GeForce RTX 3080, disables two more SMs compared to the 3090, and slashes the VRAM capacity in half compared to the 3090. That’s not actually that big of a deal in most games, and performance should generally be quite similar between the two.

Here’s a quick overview of the specifications for the RTX 3080 Ti, along with similar Nvidia GPUs:

In terms of theoretical performance, the RTX 3080 Ti lands 3–4% behind the RTX 3090 and 14–20% ahead of the RTX 3080. Memory bandwidth shows the biggest gains, thanks to the addition of two memory channels, though clocks are slightly lower on the GPU side of things. Power consumption is rated at 350W, the same as the 3090 and 30W more than the 3080, which could be a problem given the 3080 Ti Founders Edition uses the same cooler design as the 3080 rather than the triple-slot monstrosity that is the 3090 Founders Edition.

Looking at generational improvements, the RTX 3080 Ti is potentially more than double the compute performance of the 2080 Ti, with nearly 50% more memory bandwidth. In practice, we expect performance will be about 40–50% faster than the 2080 Ti, but that will mostly be at 4K and 1440p. Buying a GPU like this for 1080p gaming (unless you’re playing games with lots of ray tracing effects) would be a waste of money.

One final item of note before we continue is that the RTX 3080 Ti implements Nvidia’s Ethereum hashrate limiter. The limiter works as expected for the time being, and we saw average hash rates of 55–65 MHps at stock settings, depending on the software used. That’s basically half the performance we’d expect from the hardware and similar to what we saw with the launch of the GeForce RTX 3060. Hopefully, Nvidia doesn’t accidentally circumvent its own lock this time, though we expect pricing will remain higher than the official starting point, even with the limiter.

For better or worse, Nvidia hasn’t altered the card design relative to the RTX 3080 Founders Edition. The cooler mostly worked well before and ran reasonably quiet… except when the GDDR6X memory got hot and the fans had to kick up to full speed. We hoped Nvidia would use better thermal pads for the GDDR6X memory this round, especially with the addition of two more GDDR6X chips, but that doesn’t appear to have happened.

In testing, games generally didn’t have major problems, with memory temperatures peaking at anywhere from 94C–104C. The higher end of that range is a concern, however, as we’re dealing with a brand-new card. How will it perform after a year or two of use? We’ve been there, countless times, and the answer will inevitably be higher temperatures and fan speeds over time.

Testing mining algorithms was a different story, with multiple algorithms pushing the GDDR6X temps to 110C, max fan speeds, and throttling of GPU clocks to try to compensate. Some future game, or game that we haven’t tested, might behave in a similar fashion, but we haven’t encountered any specific games that match the intensity of mining. That’s the good news. The bad news is that a $10 thermal pad upgrade for the Founders Edition is still a good idea, but it would void your warranty. Nvidia should have done the ‘upgrade’ itself and used higher-quality pads.

One thing that has changed since the launch of the RTX 30-series last year is support for the RGB lighting on the cards. We’ve verified that multiple RGB utilities, including Corsair’s iCue, can now control the LEDs on the 3080 and 3090 Founders Edition cards, and that applies to the 3080 Ti Founders Edition as well. Do you want your Nvidia GPU to dress up in AMD red? Now it can! And there was much rejoicing.

We’ll be looking at some third party cards in the coming days as well, and hopefully those will pay more attention to memory cooling. This has been a sore spot on RTX 3080 and 3090 cards since launch, with only about 25% of the cards we’ve looked at using better GDDR6X cooling methods. Considering the extreme nature of these parts, we expect manufacturers to pay more attention to this important aspect of cooling going forward.