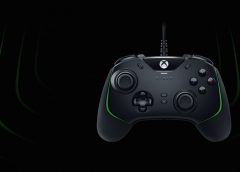 The Razer Wolverine V2 is the latest controller from the snake-obsessed peripheral and PC maker. I’ve been using the Wolverine Tournament Edition for the last two years, and it’s been my go-to device for PC and Xbox gaming. The Wolverine TE is a phenomenal controller thanks to its design, Mecha-Tactile switches, customization options, and durability. I love it so much I gave away my standard Xbox controllers and have even been known to pick it over the best keyboard/mouse combo. 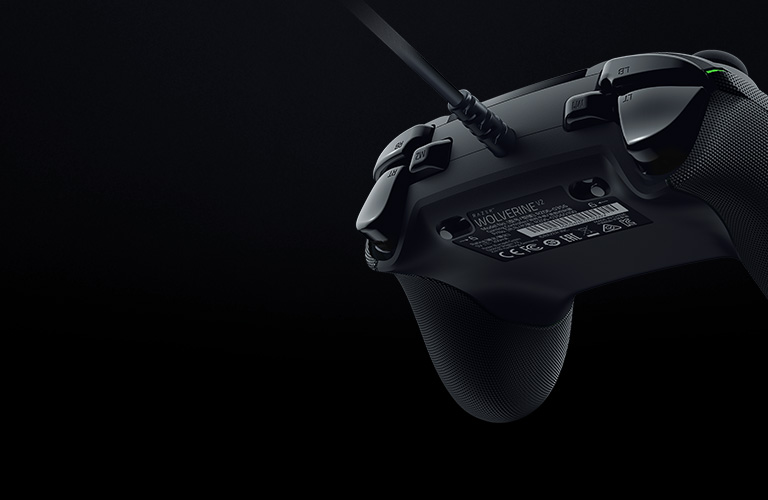 So my hopes for the new, cheaper $99 Razer Wolverine V2 were pretty high. While it’s not technically a successor to the Wolverine TE, comparisons are inevitable. The Wolverine V2 is also a wired Windows PC and Xbox controller with most of the same core features. This cheaper controller does drop a few features of the TE while improving on others.

For starters, it has less mappable buttons, no RGB lighting, and uses a fixed USB Type-A cable instead of a detachable one. Despite that, the V2 might be the better option for most gamers looking for a semi-pro controller.

Razer has refined the design of the Wolverine to improve the ergonomics. The long, tapered grips have been replaced with more rounded, bulbous handles that are easier to grip. Razer has used new L-shape handles that feel deeper and more secure in your hands. This also makes it easier to reach the top triggers. Additionally, it has moved over to using a more textured rubber around the grips. 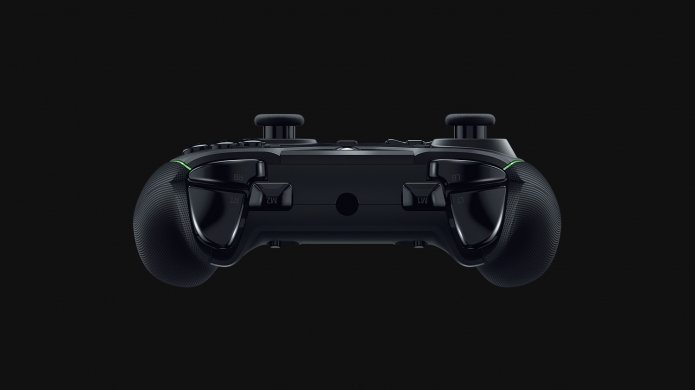 Some nice Razer Green piping separates the handles from the center chassis giving the V2 a modern and industrial look. The face buttons have changed too and include the new Xbox Series X/S quick share function. The menu and options buttons have been moved to the top edge of the faceplate and are now angled. This positioning is awful, as even someone with long fingers like me has a hard time reaching them.

A new volume control button lives below the Xbox share button and holding it and then pressing left or right on the D-Pad adjusts the volume of any wired headphones connected to the controller. This is a great feature to have, as it saves a ton of button presses trying to pause games in order to pull up the Xbox audio controls panel.

The main ABXY buttons and D-Pad still have the same exceptional Mecha-tactile switches, which are mechanical rather than membrane. This makes them satisfyingly crisp and responsive with the accompanying click. They have a short 0.65mm actuation distance that is 35% less than standard controllers making them feel more responsive. You definitely notice that if you switch back and forth between Xbox controllers and the Wolverine. 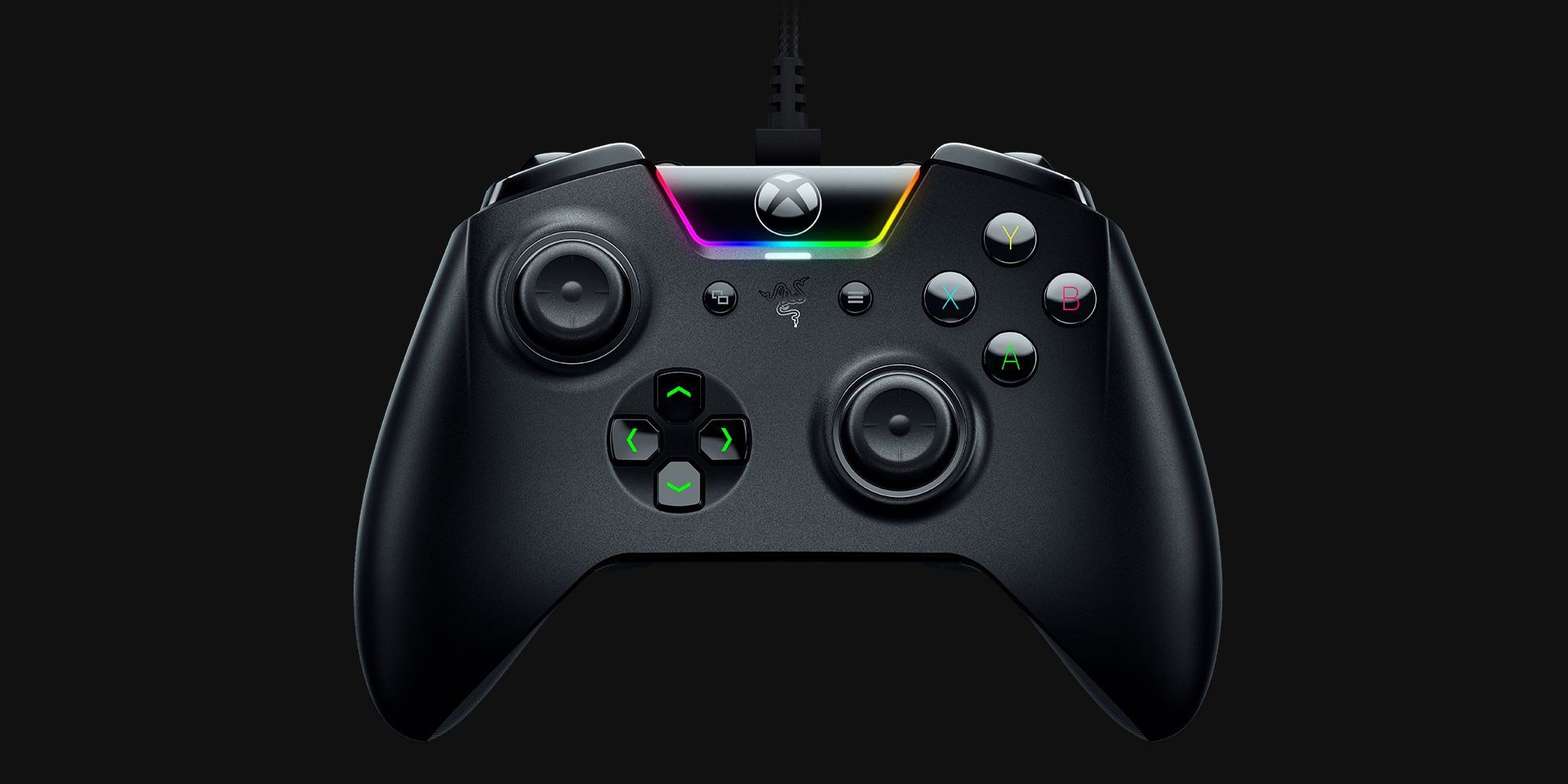 The analog sticks have a target reticule style texture that gives some extra grip, which works well. Sadly, you can’t swap these out for different heights or shapes. You can however adjust their sensitivity and dead zones in the comprehensive Razer app for Windows 10 and Xbox.

At the top of the Wolverine are the standard Left and right trigger buttons. Unlike the Series X controller, these triggers aren’t textured, but that’s not a problem in practice. You can adjust the LT/RT trigger stops with toggles on the underside of the Wolverine V2. Doing so decreases the actuation distance so you can fire quicker which is great in shooters. Other games like Racers will be better served with the full range of motion.

Unlike the Wolverine TE which has four extra mappable M buttons next to the triggers, the V2 only has two. This seems like the V2 is a downgrade but looking back at my own 2 years of using the Wolverine TE, I only used the same two buttons on my TE, so it’s no real loss. Remapping these buttons is extremely easy using the Razer Controller Setup app and you can create a number of profiles for different games.

One cool trick is the sensitivity clutch feature, which works similar to HyperShift on Razer mice. It allows you to increase or decrease the sensitivity of the analog sticks at the press of a preassigned button. Pro snipers will likely find this feature very handy.

While I love most of what Razer has done with the Wolverine V2, two things annoy me. The first is the loss of that lovely RGB strip around the Xbox home button. Sure it really served no purpose, but no other controllers have RGB and I’m pissed that Razer took away my pretty lights.

The most annoying thing about the Wolverine V2 though is the fact it’s a wired-only offering. Razer has already solved lag-free wireless communication with HyperSpeed 2.4Ghz, so why are we stuck with a wired controller? It could have at least used a detachable USB Type-C cable. My guess is that Razer is preparing a Wolverine V2 Pro in the near future which will be wireless and modular like the Xbox Elite Series 2.

That said, even with the irritating cable, the Wolverine V2 is still one of the best controllers you can buy right now. I can live with it being tethered because of how good a controller it is in nearly every other respect.