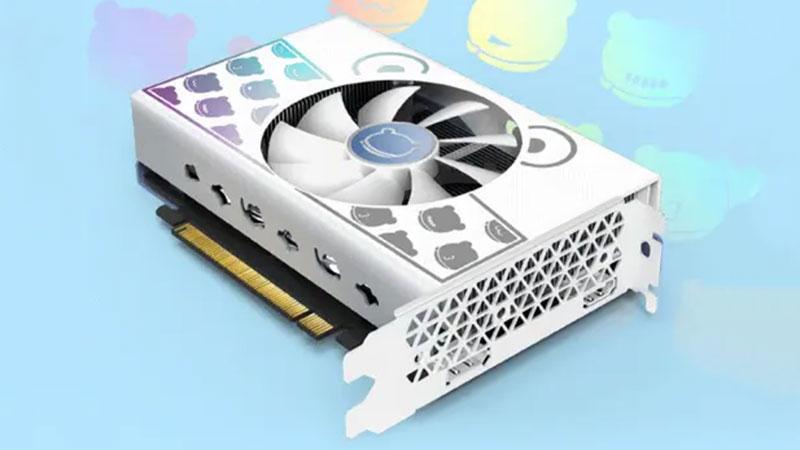 Shenzhen, China-based PC components maker Yeston has added a new GPU to its lineup. The new Sakura Hitomi AMD Radeon RX 6500 XT graphics card joins the ranks of the firm’s famous anime design products. We last reported upon one of these confections back in December 2020, when the Nvidia GeForce RTX 3070 got a similarly kawaii makeover.

This is set to be the most affordable GPU Yeston has produced wearing the Sakura Hitomi pink and powder blue livery. Yeston’s Sakura Hitomi AMD Radeon RX 6500 XT 4GD6 is also the smallest GPU bearing this design language yet, with its Mini ITX-friendly super cute shroud measuring just 172mm in length.

The Yeston Sakura Hitomi doesn’t push the format in performance terms, with a max boost clock just 1% higher than reference when switched to OC mode. Rather, its strengths are the aforementioned shroud design and compactness (172 × 101 × 41mm). 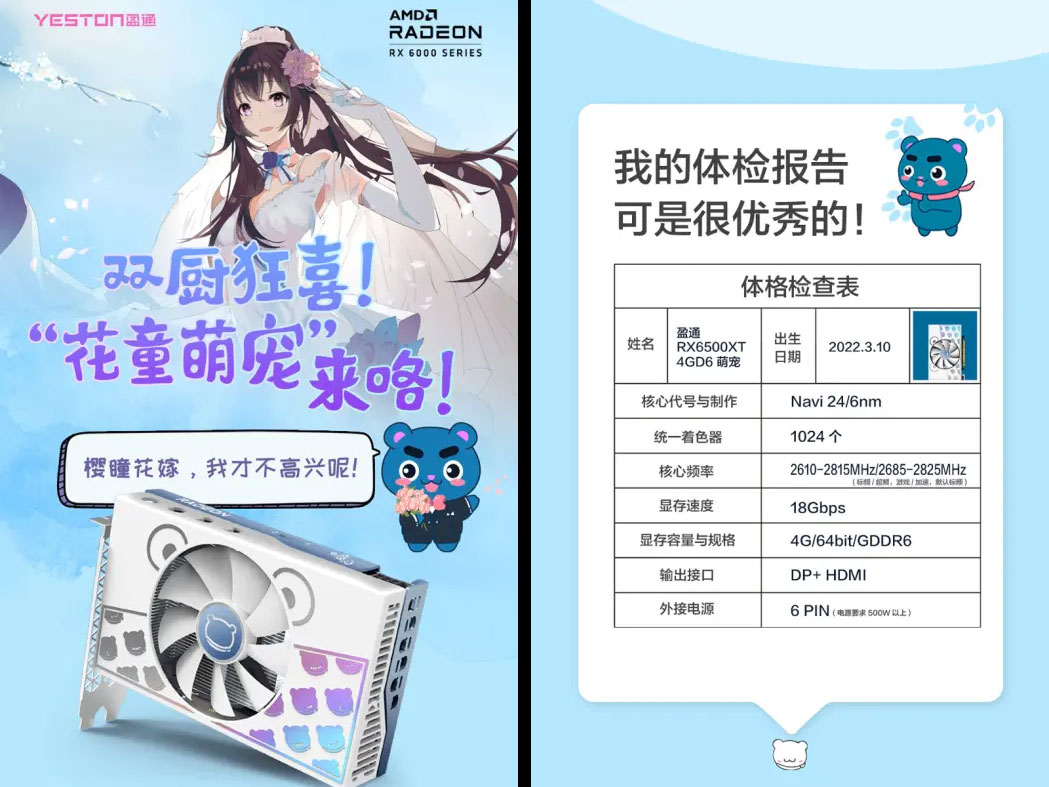 By now you’ve probably had a good look at the various pictures showcasing this new Sakura Hitomi product. Compared with all the previous releases into this series, we think this one might also disappoint with its paint job. Basically, other GPUs in the family feature a Sakura Hitomi image on their backplates. This one has an image of a stylized pet bear.

Have Yeston made a silk purse out of a sow’s ear with this new product? For some, the Radeon RX 6500 XT will always be a sow’s ear, or worse. However, for Sakura Hitomi collectors and fans this might be an attractive purchase thanks to its, presumably, more accessible pricing.

The previously released Sakura Hitomi graphics cards from Yeston have been concentrated at the higher end. Current products include familiar pink and powder blue customized versions of the RTX 3070, RX 3080, RX 6700 XT and RX 6800 XT. With the graphics card market as it was and somewhat still is, these will have likely been out of reach of many. Moreover, it is natural to wonder whether any of these Yeston Sakura Hitomi graphics card editions were scalped and taken down the (crypto) mines. That link recalls a similar fate being forced upon a stack of very cool Limited Edition Asus Gundam RTX GPUs in Vietnam.